Gen-la Kelsang Dekyong, the General Spiritual Director of the New Kadampa Tradition – International Kadampa Buddhist Union (NKT-IKBU) and Principal Resident Teacher at Manjushri KMC, is a modern Buddhist nun dedicated to helping people from all walks of life attain lasting happiness through developing inner peace. She has been a student of Geshe Kelsang Gyatso for thirty years. While teaching internationally, she has inspired many thousands of people with her sincere reliance on her Spiritual Guide, her tireless dedication, and her clear and accessible teachings. Previously, Gen-la Dekyong was the IKBU National Spiritual Director of the US for 10 years, and the Resident Teacher at KMC New York from 2005-2008. In all her varied activities as General Spiritual Director, Gen-la Dekyong is dedicating her life to helping Kadam Dharma flourish throughout the world. 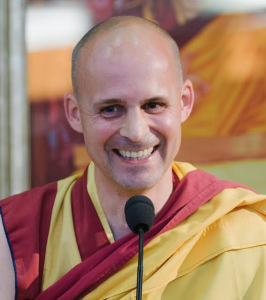 Gen-la Kelsang Jampa is the Deputy Spiritual Director of the New Kadampa Tradition – International Kadampa Buddhist Union (NKT-IKBU) and Resident Teacher of Kadampa Meditation Center Texas. He has been a student of Venerable Geshe Kelsang Gyatso for many years and has taught at many centers and events internationally. Gen-la is well-loved for his clear and inspiring teachings, and his ability to touch people’s hearts through his sincerity and loving-kindness. 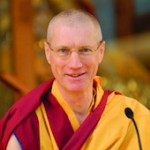 Gen-la Kelsang Khyenrab is the Resident Teacher at Kadampa Meditation Centre Canada as well as the Canadian National Spiritual Director.

Training with Venerable Geshe Kelsang Gyatso for over 30 years Gen-la Khyenrab is well-loved for his pure and powerful example of humility and loving kindness.